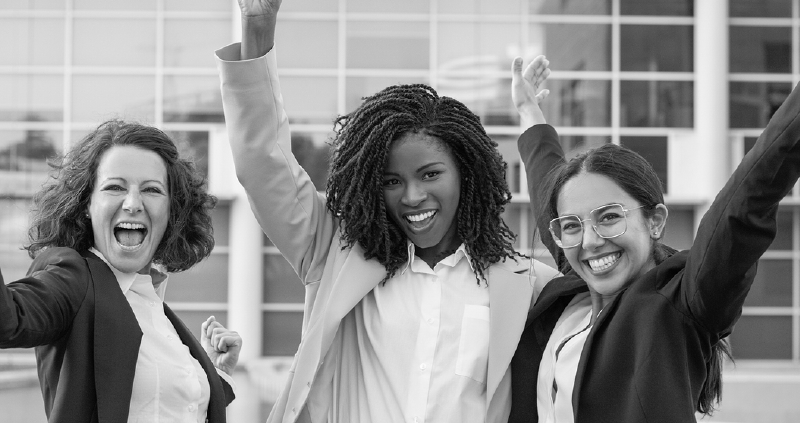 Earlier this year, football fans around the globe watched the first female and first openly gay person coach an NFL team in the Superbowl. But as Katie Sowars would tell it, she was just doing what she loves to do – and staying true to who she is as a person. When women do that, they make history – that’s ONPoint.

Let’s take a look at three more ONPoint women who made history by doing what they loved and being true to themselves and, in the process, inspire us to do the same.

Caroline Quien, Elena Holbrook, and Ella Harris made history this year at the University of Southern California’s Film School – where they submitted the first-ever undergraduate Film by an all-female cast and crew as their senior project. That wasn’t what they set out to do, at first. But, only one man interviewed to be on the team. Unfortunately, his vision for the production was not in line with the rest of the team. And the ladies had to stay true to their idea. In the end, everyone involved in the production – from the actors, directors, to the set crew was female. That’s a first for USC Film School undergraduates.

Attorney Brittany Barnett heads Girls Embracing Mothers. The non-profit organization works to maintain and strengthen the mother-daughter bond between mothers who are incarcerated and their daughters. Barnett’s mother was incarcerated when she was a child and that experience drove her to study law and work to overhaul the criminal justice system. Instead of chasing money by pursuing a corporate law career, she stayed true to herself and cut her teeth doing pro bono criminal cases for a large firm until she took a position with the non-profit. Barnett’s work with Girls Embracing Mothers made history by expanding visitation for incarcerated mothers so that they can be better parents to their daughters.

Louisa May Alcott loved to write. So she wrote. And made history in the process. Alcott gave us the beloved and timeless Little Women. And she didn’t compromise on her vision for female characters. By staying true to herself, the characters, particularly Jo March, endure as relatable – even today. The story is so timeless that it’s been adapted for film as recently as 2019. New generations continue to love Jo, Amy, Meg, and Beth March&#39;s adventures as much as Alcott did when she wrote them.

When you stay true to yourself, you can make history. Simply by being the best at what you do. Keep inspiring – and surround yourself with women who inspire you.

Women ONPoint’s making history by cultivating a community of leadership that embraces diversity and inclusion without compromising growth or excellence. Let’s make history together.